Our two male Cheetah were demonstrating two very typical Cheetah poses. They were scanning their surroundings for possible prey! 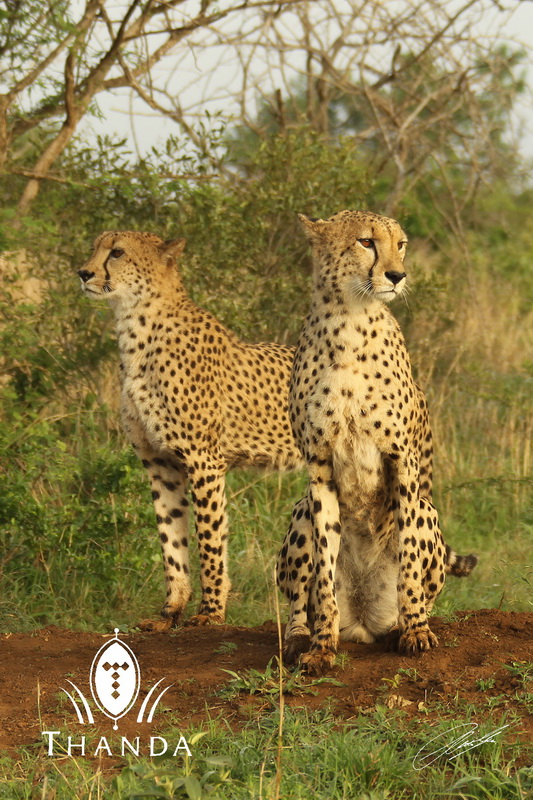 The Cheetah (Acinonyx jubatus) is a large-sized feline inhabiting most of Africa and parts of the Middle East. Cheetahs can run faster than any other land animal, up to 120 km/h (up to 75 mph) in short bursts covering distances up to 500 m (1,600 ft), and has the ability to accelerate from 0 to over 100 km/h (62 mph) in three seconds.

Cheetahs have unusually low genetic variability. It is thought that the species went through a prolonged period of inbreeding following a genetic bottleneck during the last ice age. The Cheetah likely evolved in Africa during the Miocene epoch (26 million to 7.5 million years ago).