When the weather gets hot and humid many different species of Golden Orb Spiders build their webs along and across the roads on Thanda. Part of Bheki’s job at this time of the year is to take down the webs across the roads before they reach our guests.

It is good to know that spiders do not like large warm-blooded mammals and therefore avoid any contact with humans. Even in the rare case that one touches Bheki’s fingers it immediately descends and gets away from him. That also means that one can walk or drive safely beneath their webs – they do not drop on people 🙂

These beautiful creature occur in many color variations. 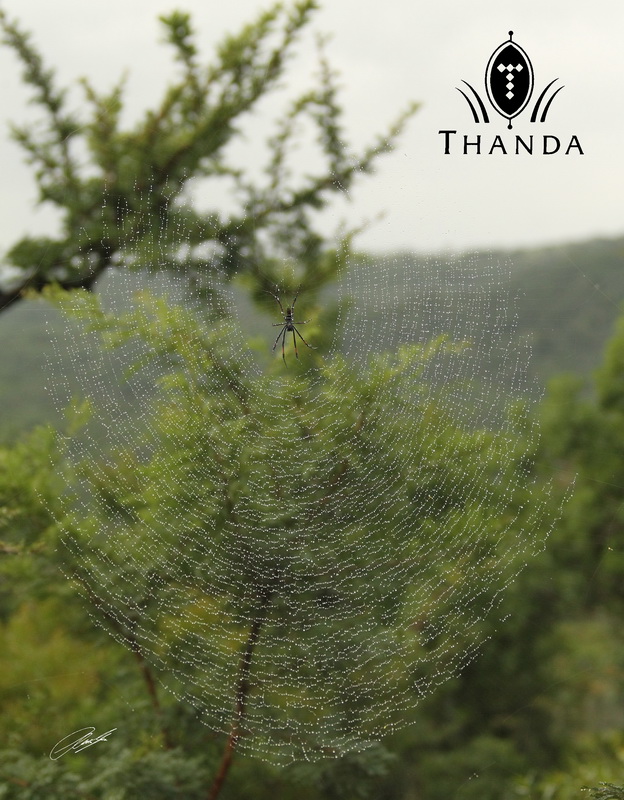 The Golden Orb Spiders (genus Nephila) are a genus of spiders noted for the impressive webs they weave. Nephila consists of numerous individual species found around the world. They are also commonly called Golden Silk Orb-weavers, Giant Wood Spiders, or Banana Spiders.

They are the oldest surviving genus of spiders, with a fossilized specimen known from 165 million years ago.

These spiders do not seem to form either beneficial or harmful relationships with humans. An (unlikely) bite causes local pain, redness, and blisters that normally disappear within 24-hours.