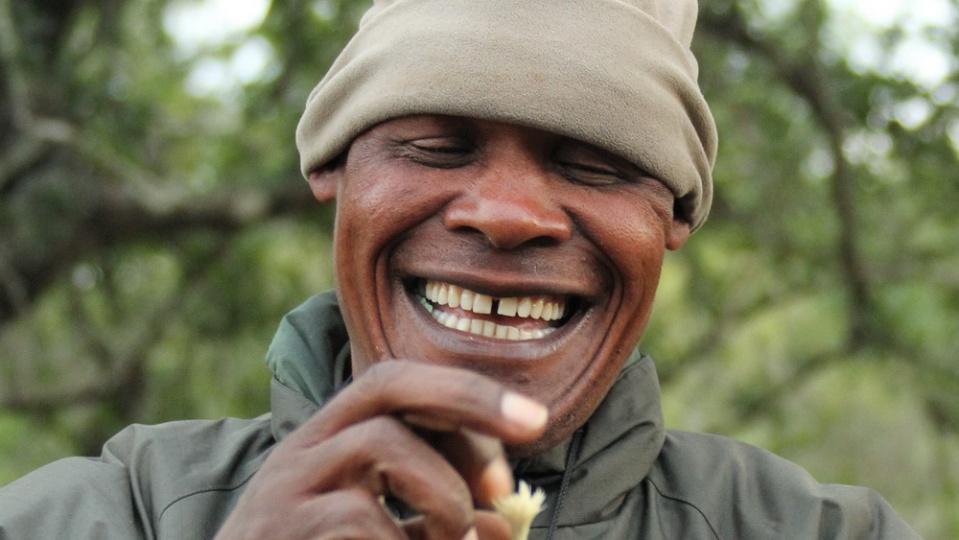 Bheki Ngubane, one of the most experienced trackers on Thanda Private Game Reserve, explains in this short video how to make a bush tooth brush and tooth paste from a Blue Quary Bush. Looking at Bheki’s white teeth the method works :-)!

This is a first video clip in a new series called Bheki’s bush talks, in which Bheki will reveal some of the traditional Zulu ways of using nature’s products.

Bheki and I are working together as a guiding team on Thanda Private Game Reserve since September 2012.