Without the Five (3) – Black on White or White on Black?

It was previously believed that Zebras were white animals with black stripes, since some Zebras have white underbellies. Embryological evidence, however, shows that the animal’s background color is black and the white stripes and bellies are additions.

The pattern on every Zebra is unique, very much like fingerprints. And sometimes the white stripes are wider or narrower. The faint stripe in between the black and white  is called a “shadow stripe” and is typical for the Burchell’s Zebra (a sub-species of the Plains Zebra). 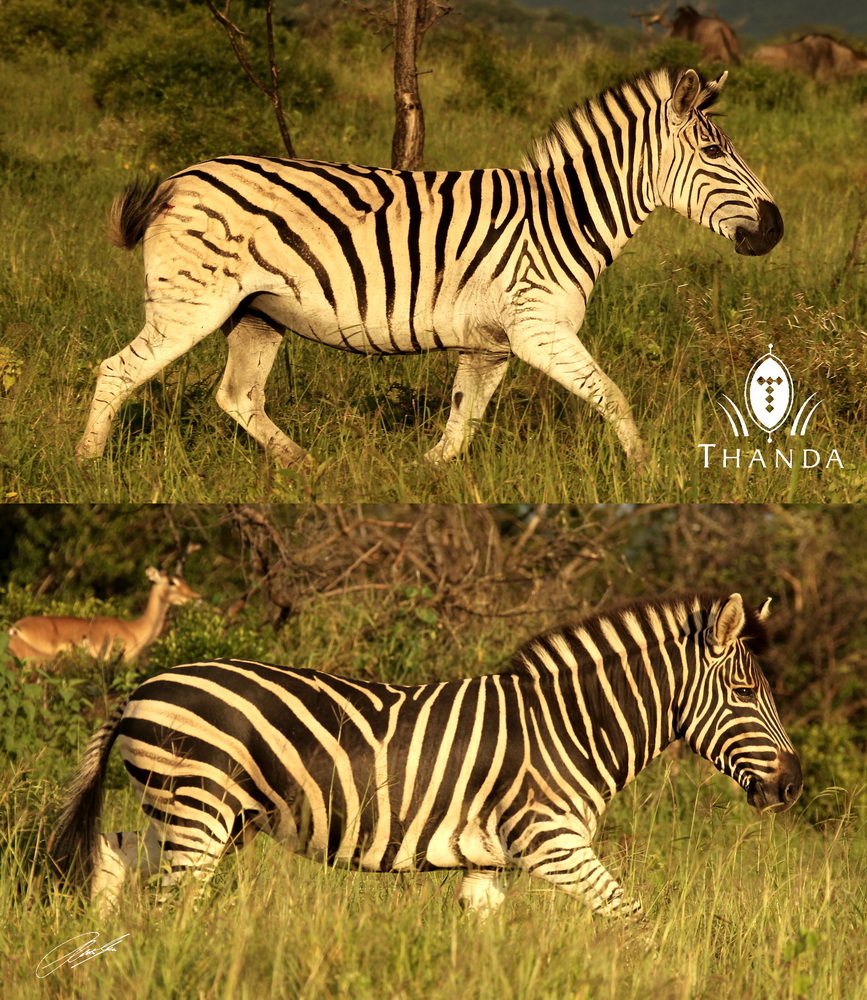 These images are part of my “Without the Five” series:

Each image features a species, which is usually not in the safari limelight. So they will be no images of Lions, Leopard, Elephants, Rhinos, Buffalo, Cheetahs …

Enjoy the “without the Five” series