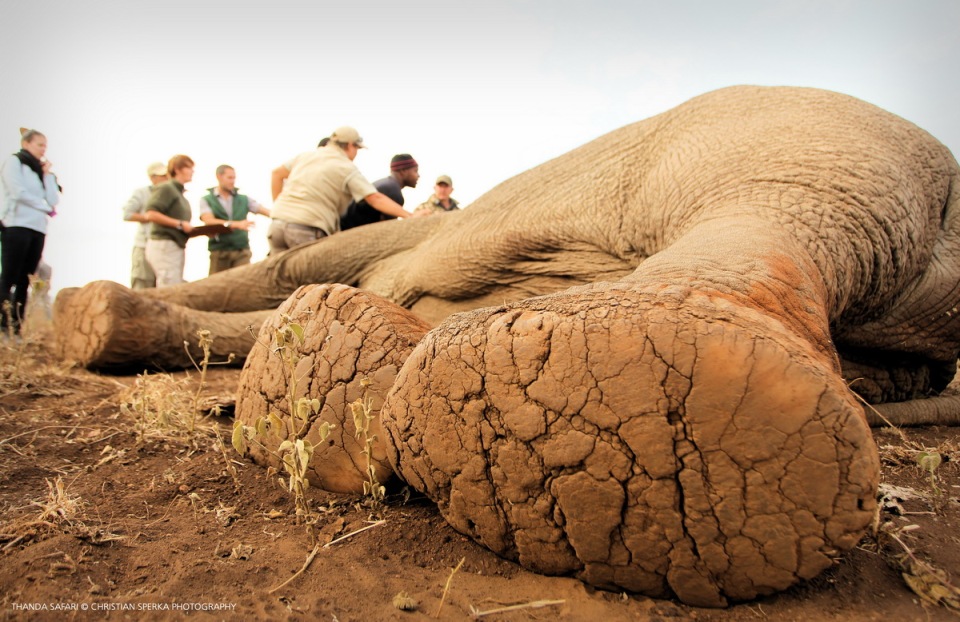 This week marks a particularly exciting event at Thanda Safari.

In partnering with the Wild Tomorrow Fund, we were able to immobilise three carefully selected Elephants in order to attach tracking collars. Two dominant Elephant cows and a single large bull will now be collecting valuable data which will enable us to see exactly how the breeding herds and a bachelor group utilise their time and space on the reserve. This will offer insights into habitat use as well as movement patterns over rainfall events and seasonal changes. At the same time, multiple micro weather stations have been installed throughout the reserve and the Elephant movements over the landscapes will be mapped considering the daily changes in climatic conditions.

While we had the opportunity, blood samples were taken as part of a study with the University of Pretoria which will investigate the long-term effects of the PZP immuno-contraception programme which has been implemented at Thanda since 2012. This is a particularly important study and we are pleased to support it.

Our special thanks go to the Wild Tomorrow Fund (https://wildtomorrowfund.org/) and to Calvert Moving (http://www.calvertremovals.co.za/) who generously donated through the Wild Lion Trust. 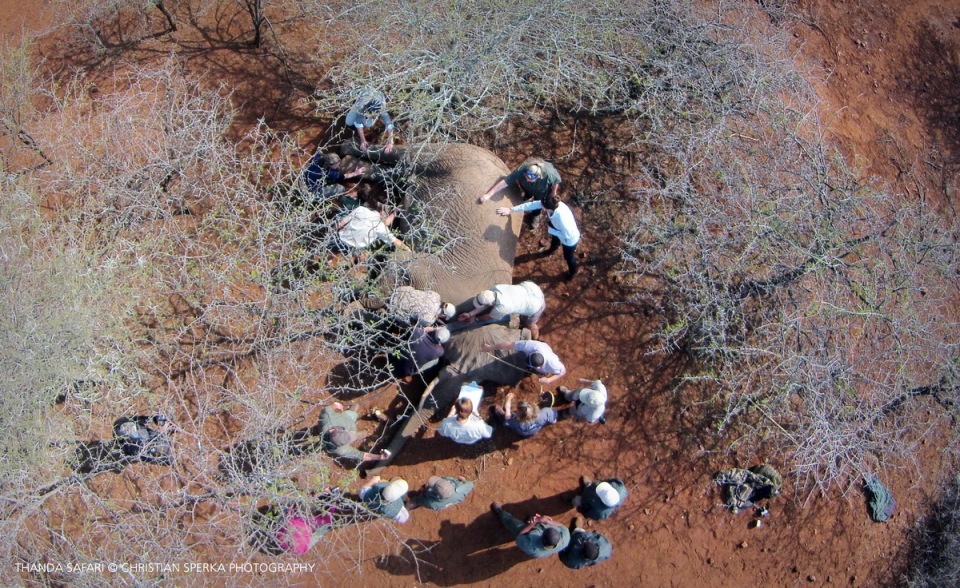 An aerial view taken from a drone

Reserve Manager Warren Beets and Veterinarian Dr.Mike Toft at the briefing before the operation 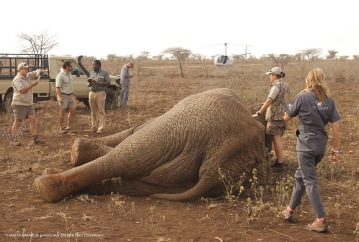 The Elephant bull is down after being dartet from a helicopter

The tracking collar is fitted onto the Elephant 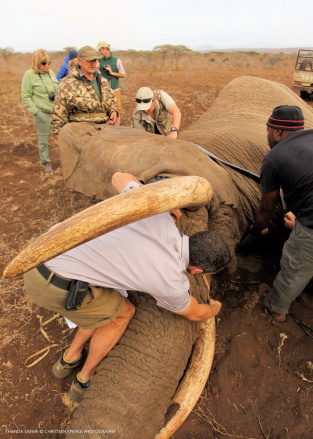 Fitting a collar – a tough job on a large creature

One of the Elephant cows is carefully measured during the procedure

The lady was snoring loudly during the prodecure